The Results Are In: More Petitions and Quicker Elections Under the NLRB’s New Election Rules 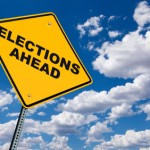 The NLRB’s new “quickie” election rules have only been in effect since April 14, 2015.  However, the rules are already having a significant impact on union organizing in the private sector.  As reported by Bloomberg BNA on May 28, an analysis of the union petitions filed from April 14 through May 14 reveals that the […]