The March 2016 You Auto Know discussed the issue of identity theft and a real world case that I was involved in at the time. Since 2016, this author has been involved in numerous identity theft issues, specifically targeting automobile dealers. At that time, I stated that “the first line of defense the dealership has in defending […]

Everyone uses some form of social media whether Facebook®, Twitter®, Snapchat®, or any other variation that is out there or will be out there in the future.  Further, advertising has become so sophisticated that at times potential customers can be individually targeted with a brief message posted on their Facebook or other social media.  Regardless […]

You Auto Know! When the Police Come Knocking

A manufacturer provides you with a conditional relocation approval letter to relocate your dealership.  The move does not fall within any of the exceptions under Ohio law and you must clear the market.  Your same line competitor receives the mandatory correspondence from the manufacturer regarding the relocation approval and files a protest pursuant to Ohio […] 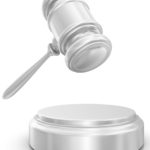 As some of you may or may not be aware, there were several amendments to the Ohio Dealer Act that went into effect on September 14, 2016.  This You Auto Know is not going to go into detail since there are several significant changes that cannot be dealt with in this short article.  Therefore, I […]

HOLIDAY CHEER            It is the holiday season again, and as I have stated in the past, the best policy is not to be a “Scrooge,” but remember that the dealership is responsible for the actions of its employees.  Injuries or accidents that occur as a result of too much “holiday spirit” on […]

In November 2010, I wrote a You Auto Know© article entitled “GPS Finding Your Way Home.” The facts in the scenario involved a situation where a customer trades in her vehicle and has a factory-installed GPS as an option. The customer did not scrub the vehicle of the information and the dealership did not perform this […]