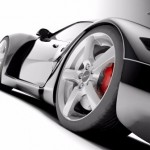 Scenario:      Your customer arranges his own financing on the purchase of a vehicle. When the customer arrives to take delivery of the vehicle, he brings a check from his local credit union in the full amount of the transaction. However, the check has an endorsement on the back which states in essence “by cashing […]

This is a matter that you should be extremely concerned about. A few days ago, the appellate court for the Sixth District issued a decision in a case entitled Beau Townsend Ford Lincoln, Inc. v. Don Hinds Ford, Inc. and remanded the case back for a full trial. The transaction involved in the case is something you […] 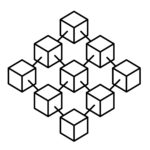 Ohio is now at the forefront of the blockchain revolution. On August 3, Governor Kasich signed Sub S.B. 220 into law. The bill specifies that transactions recorded by blockchain technology are permitted under the Uniform Electronic Transactions Act. Ohio is now just one of a handful of states, including Arizona and Tennessee, that have passed blockchain-focused legislation. […]

You Auto Know! – WHEN IS A FRANCHISE CLOSED? 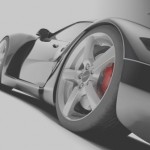 Although it doesn’t happen often, every once in a while a new automobile dealership will go dark and, under Ohio law, if the dealership ceases operations for 45 days, then it is deemed a closed franchisee point. Surprisingly, until recently, there has been no judicial definition of what “going dark” means. This author was recently […]

The March 2016 You Auto Know discussed the issue of identity theft and a real world case that I was involved in at the time. Since 2016, this author has been involved in numerous identity theft issues, specifically targeting automobile dealers. At that time, I stated that “the first line of defense the dealership has in defending […]

Everyone uses some form of social media whether Facebook®, Twitter®, Snapchat®, or any other variation that is out there or will be out there in the future.  Further, advertising has become so sophisticated that at times potential customers can be individually targeted with a brief message posted on their Facebook or other social media.  Regardless […]

You Auto Know! When the Police Come Knocking