Mourning the loss of our longtime partner and dear friend Hilary S. Taylor 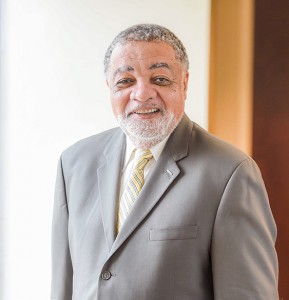 The attorneys and staff of Weston Hurd LLP mourn the passing of our longtime partner and dear friend Hilary S. Taylor.

Hilary was an experienced civil defense attorney skilled in the areas of employment, municipal liability, medical malpractice and civil rights.  Hilary received his B.A. in 1967 from Central State University and his J.D. in 1977 from Cleveland-Marshall College of Law. Throughout his career, Hilary argued before the Eighth, Tenth and Eleventh District Court of Appeals (State), the Ohio Supreme Court and the Sixth Circuit Court of Appeals (Federal).  Hilary was an Adjunct Professor at Case Western Reserve University Law School teaching Lawyering Process and Trial Tactics and also lectured at Cleveland-Marshall College of Law, the Cuyahoga County Bar Association, the American Bar Association Section on Litigation, and numerous local and national organizations. Hilary was secretary of The Legal Aid Board of Trustees from 1986-1989 and served as its President from 1990-1991.  Hilary served as a member of the advisory group for the implementation of the Civil Justice Reform Act and chaired the Mass Tort Subcommittee. He was a Life Member of the Sixth Circuit Judicial Conference and a member of the prestigious Life Member Committee appointed by the Chief Judge of the Circuit. For many years, Hilary was recognized in the Best Lawyers in America for Insurance Law and Municipal Law. Hilary also served on numerous boards of charitable and societal improvement organizations including Starting Point, Shaker Lakes Regional Nature Center, Bedford High School Foundation, the American Bar Association’s Conference of Minority Partners in Majority Law Firms, the American Judicature Society and the Secondary Education Committee of St. Peter Chanel High School in Bedford, Ohio.  Hilary was a charter member of the Bedford High School Distinguished Alumni Hall of Fame.  He was a graduate of the Leadership Cleveland Program (class of 1994) and served as Vice Chairman for the Center for Families & Children.

In November 2019, Hilary was honored by the Ohio Association of Civil Trial Attorneys with the renaming of The OACTA Inclusion and Equity Scholarship to the OACTA Hilary S. Taylor Inclusion and Equity Scholarship in appreciation of Hilary’s many years of service, leadership and dedication to the organization. Hilary’s service to OACTA included Chair of OACTA’s Diversity Committee from 2010-2017; member of the OACTA Board of Trustees; and recipient of the Frank Seth Hurd Member of the Year Award.

Hilary was a decorated Veteran of the Vietnam War serving in the United States Army as Captain.

Above all else, Hilary was a great attorney, person and friend.  His Weston Hurd family extends our very deepest sympathies to Pepper and their sons.