STATUS OF OHIO STATUTE OF REPOSE 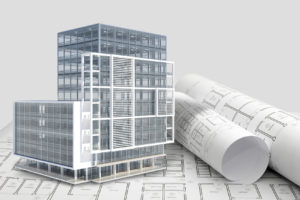 The following is a summary of the current status of the Ohio Construction Statute of Repose R.C. 2305.131 (“SOR”). Briefs have been filed by parties as well as numerous Amicus briefs filed on behalf of interested parties. The Ohio Supreme Court has set oral argument for March 5, 2019 at 9:00 a.m. It is expected a ruling will be made later this year.

BACKGROUND
The case arises from the design and construction of a new K-12 school building for the New Riegel Local School District (“New Riegel”). New Riegel contracted with Buehrer Group Architecture and Engineering, Inc. (“Bueher”) on February 14, 2000 to design the school. On August 22, 2001, New Riegel entered into a contract with Studer-Obringer, Inc. (“Studer”) to serve as the general trades contractor for the project. On August 20, 2001, Charles Construction Services, Inc. (“Charles”) entered into a contract with New Riegel to serve as the roofing contractor for the project. The Ohio Schools Facilities Commission (“OSFC”) served as the statutory administrator for the state-sponsored project. The project was substantially complete in December 2002. On April 30, 2015, New Riegel filed suit against Bueher, Studer, Charles, and others alleging breach of contract and warranty. Bueher filed a Motion to Dismiss relying upon Ohio’s SOR since the action had been brought more than 10 years after substantial completion. The trial court granted the motion to dismiss. New Riegel appealed and the Third District reversed the trial court finding the SOR did not apply to contract claims. Bueher and the other defendants (collectively “Appellants”) filed an appeal to the Ohio Supreme Court who accepted the appeal in May 2018.
APPELLANTS’ ARGUMENTS
The Appellants argue that the clear reading of the SOR applies to all actions including those sounding in contract. The Appellants cite to the language in the statute that provides as follows:
Notwithstanding an otherwise applicable period of limitations specified in this chapter or in section 2125.02 of the Revised Code and except as otherwise provided in (A)(2), (A)(3), (C) and (D) of this section, no cause of action to recover damages for bodily injury, an injury to real or personal property, or wrongful death that arises out of a defective and unsafe condition of an improvement to real property and no cause of action for contribution and indemnity for damages sustained as a result of bodily injury to real or personal property, or wrongful death that arises out of a defective and unsafe condition of an improvement to real property shall accrue against a person who performed services for the improvement to real property or a person who furnished the design, planning, supervision of construction of the improvement to real property later than ten years from the date of substantial completion of such improvement.
The Appellants point out several reasons why they believe the SOR applies to contract claims:
APPELLEE’S ARGUMENTS
Like the Appellants, the Appellee refers to the plain language of the statute to support the argument that the SOR does not apply to contract claims. Appellee asserts that the language “damages for bodily injury, an injury to real or personal property“ is the governing language of the statute, which is used to describe tortious conduct. Further, Appellee states that the language of the SOR would clearly state that it applies to contract claims, as it does to tort claims, if that was the legislative intent. Appellee relies upon principles of statutory interpretation, such as all words and clauses are to be given effect and to not look for any subjective intent of the General Assembly. Further, Appellee states:
CONCLUSION
The current Supreme Court tends to be conservative, but it is still difficult to predict how it will rule because of the wide reaching impact its decision will have on political subdivisions and municipalities, as well as contractors, trades, and designers. If you are interested in watching the oral arguments on March 5, a link to the live stream is provided by the Court at the following link:
https://www.supremecourt.ohio.gov/