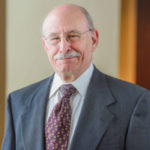 Weston Hurd Partner, Jerry Goldstein, was recently quoted in the Cleveland Jewish News (March 15, 2019) in the article “Succession Planning A Big Part of Family Business.” According to Jerry, “(Family businesses) represent the largest portion of a family’s wealth. If you don’t pay attention to it, funny things can happen. Also, it’s often the […]